Can Biden save our planet from overheating?

Every year, the Earth Day comes and goes while we continue to dig ourselves deeper and deeper toward climate and ecological disaster. Since the first Earth Day on April 22, 1970, we have pushed our planet to the brink of climate catastrophe, so much so that for those of us born in this century, every year has been warmer than the 20th-century average with last year rivalling the hottest year in modern times.

For the first time in recorded history, concentration of atmospheric carbon dioxide measured last month at the Mauna Loa Observatory in Hawaii was more than 420 parts per million. It is a disconcerting milestone, especially if we note that the planet has already warmed by more than one degree Celsius around halfway to doubling pre-industrial levels of carbon dioxide.

e of us born in this century, every year has been warmer than the 20th-century average with last year rivalling 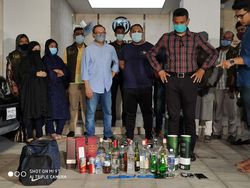